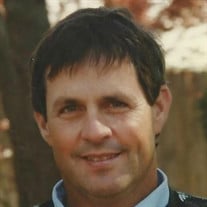 William Randall “Randy” Hyden, 66, of Tulsa, passed away on February 12, 2022, in Bartlesville, OK. A beloved father, grandfather, brother and nephew. He was preceded in death by his parents, Bill and Darline Hyden. He is survived by his former wife of many years, Michelle; an aunt, Marguerite Cunningham; an uncle, Alsie Hyden; four siblings: Becky, Patti (Coppock), Mike and David; three children: Sarah, Justin and Anna; and one grandchild, Phoenix Tiger. He was born in Tulsa, OK, graduated from Broken Arrow High School, and attended Northeastern State University in Tahlequah. Randy spent many years in the concrete business. He was the founder and former president of Midwest Concrete in Tulsa. He loved music and was an accomplished songwriter, winning various awards. He began his music career spinning records at KTBA radio in Broken Arrow, owned by his father, Bill Hyden, and uncle, Alsie Hyden. “Power of Music,” a song written by Randy as a tribute to Michael Jackson, was mentioned on Michael’s web site, MJ World. Randy co-wrote “I Hear Voices” with well-known songwriter Alan O’Day (“Rock and Roll Heaven” and others). After 9/11, he organized and funded a concert in NYC, to raise funds for families of the fallen first responders. Patriotic songs, written by Randy, were sung by Nashville artists and backed up by the Brooklyn Youth Choir. He was the only one in his immediate family to inherit the “golf gene” shared by his uncles, Alsie and John Hyden. He was on the golf team during high school and enjoyed playing the game whenever he could find the time. He also liked to play pool. He won quite a few tournaments and once had the opportunity to play pool with the legendary Willie Mosconi. His signature meal was peanut butter pancakes per his daughter, Sarah. He always made them for her while she was growing up. She recently had them in his honor. Randy loved his family, had a kind heart and would give anyone the shirt off his back. Unfortunately, during the last two decades of his life, he endured multiple life-altering illnesses and suffered greatly. Randy is finally at peace and out of pain.

William Randall &#8220;Randy&#8221; Hyden, 66, of Tulsa, passed away on February 12, 2022, in Bartlesville, OK. A beloved father, grandfather, brother and nephew. He was preceded in death by his parents, Bill and Darline Hyden. He is survived... View Obituary & Service Information

The family of William Randall Hyden created this Life Tributes page to make it easy to share your memories.

William Randall “Randy” Hyden, 66, of Tulsa, passed away on February...

Send flowers to the Hyden family.