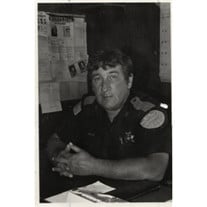 Walter "Satch" Eli Spurgeon was born to Della Violet Paul Spurgeon and Mose Franklin Spurgeon in Ponca City in March of 1936. He graduated from Skiatook High School in 1955 where he had earned his nickname for being an excellent baseball pitcher. The same year, he entered the United States Army and was proud to hook his static line with the para troopers division 505, 82nd Airborn. During his time in the service, he was sent to Red Rock Nevada where the atomic bomb was tested. Years later the government admitted that this may have been cancer causing and warned veterens to be aware in coming time. He was honorably discharged in December of 1958. Satch married Mary Judith Morgan January 31, 1959. They were blessed with one daughter, Terri Lesa in November of 1959. Satch worked for Carnation Milk Company and Falstaff Beer Company until he was hired by the Skiatook Police Department in 1966. He attended the City of Tulsa Police Training Academy and graduated as the highest achiever in the class of 1967. Satch spent half of his law enforcement career serving as the Skiatook Chief of Police and received many commendations including recognition from the Oklahoma State Senate for heroic deeds after he apprehended several male subjects accused of abducting and assaulting a female victim. The American Legion along with many other community organizations awarded Chief Spurgeon for his cooperation and care whenever he was needed. Satch was known for helping the needy in Skiatook and he championed the lost and broken, making sure they had food and gifts for the holidays. He was also known by his officers as a man who would, without fail, give up his holiday off to allow another to go home to their family. Satch was instrumental in the renovation of the police department. For the first time since it had opened there was a federally funded jail and dispatchers to receive and give calls. During his law enforcement career he also took up farming and worked the family ground from 1968 until 1998. Satch was active in the Farm Bureau, Sheriff and Peace Officers Association, American Legion and the Masonic Lodge. While an officer, Satch was deeply committed to the youth of Skiatook. When strict juvenile laws went into effect he felt as thought part of his job had been taken from him. He no longer felt as though he could help troubled youth and their families from a personal stand point. He began to see law enforcement in a new light and when technological advances were made beyond his liking he decided to retire and did so in 1988. After six months of traveling and horse races, Satch decided to go back to work for the Town of Skiatook with the street and water departments. He worked there full time until his death at 75 years old. Satch fought and lost a brave two year battle with cancer but won the war of life. He was respected and loved by everyone who knew him and he'll be missed more than he will ever know. He died on June 17th, 2011 surrounded by his loved ones. He was proceeded in death by his mother, father and grandparents and is survived by many including his wife of fifty two years, Judy, daughter Terri Cohea and son-in-law Ronnie Cohea, granddaughters Brooke Hunt, Shannon Berk and Megen Beene along with their husbands and children, Heather, Hermione, Ilianna, Ethan, Avery, Greta and baby-to-be Eliza (named after her great grandpa) and a host of other family and friends. Satch was a man who lived a full and complete life and was encircled by those who love him and who are sure he hung the moon. We love you so much and we will wait anxiously until we see you again in Heaven. Services celebrating Satch's life will be held at the First United Methodist church of Skiatook in the LAF building on Monday, June 20th. The Masonic portion of the service will begin at 6:15 PM followed by a Celebration of Life at 7:00 PM. The public is welcome to attend either or both and then join us for refreshments following. The service will be informal and brief, just the way he would have wanted. Please bring your love, memories and stories with you. A private family graveside service will occur at a later date. Cremation was handled by Peters-Stumpff funeral home.

Walter "Satch" Eli Spurgeon was born to Della Violet Paul Spurgeon and Mose Franklin Spurgeon in Ponca City in March of 1936. He graduated from Skiatook High School in 1955 where he had earned his nickname for being an excellent baseball pitcher.... View Obituary & Service Information

The family of Walter Eli Spurgeon created this Life Tributes page to make it easy to share your memories.

Send flowers to the Spurgeon family.