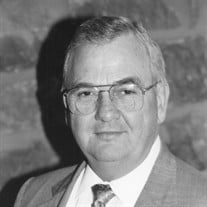 Jan 1, 1937-August 13, 2020 Wade Martin Topping, 83, formerly of Bartlesville, died on Thursday, August 13, 2020 in Greenville, South Carolina Wade was a loving Husband, father, brother, and Grandfather from Oglesby, Oklahoma. He is survived by his wife Florence “Sue” Topping, two sons, Alan and Roy, and a sister, Emma Ward. Wade and Sue were married in ’83 and both worked with Stumpff Funeral Home for several years before retiring and moving to Greenville, SC in 2014. They were both active members of Bartlesville Southern Baptist Church and, more recently, Dunean Baptist in Greenville. Wade was a member of the Jaycees. He also enjoyed playing golf, dancing, and, of course, playing dominoes with his friends. Wade has two sons, Roy and Alan. Alan and his wife Sally live in Broken Arrow, Oklahoma. They have 3 kids and several grandchildren. Roy has 4 children and several grandchildren. He resides in Bartlesville, Oklahoma. Wade had two siblings, Lacey Taylor and Emma Ward. Emma and her husband Wes still reside in Ramona, OK and his sister in-law Marge Taylor still resides in Bartlesville, OK. Wade also has a huge family of nieces, nephews, grandchildren, aunts, and uncles, as well as an extended family of step-kids and their families that love him dearly. What a character! Wade loved Bluegrass, his boots, family, and Church (not especially in that order). If you spent any time around Wade you might have heard a few these sayings: “Fuller than a two-tailed tick” “Left me standing at the gate” “Swelled up like a poisoned pup” “I’m OK. It’s the other guy you gotta watch” Wade was one of a kind and he will be missed! Graveside services will be held at 10 A.M. on Saturday, August 22, 2020 at the Oglesby Cemetery directed by the Stumpff Funeral Home & Crematory.

The family of Wade M Topping created this Life Tributes page to make it easy to share your memories.

Send flowers to the Topping family.