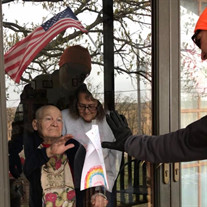 Thomas W. Forrest, 79, of Barnsdall, Oklahoma, passed from this life here on earth into eternal life with his Lord and Savior Jesus Christ on Monday, January 18, 2021, at the Pawhuska Hospital at 3:00am. Wayne was born to CR and Myrtle Forrest on April 29, 1941, at home in Barnsdall, Oklahoma. He is a member of the First Baptist Church and American Legion. He grew up as a teenager on the family farm. He loved swimming in ponds, skiing at Barnsdall City Lake, playing in the band, working with his horses, playing sports, fishing and hunting. He graduated from Barnsdall High School in 1959 and started business college in Tulsa. He married Judy Pease and they had a son Gary Wayne Forrest. Wayne was drafted in the Army in 1965. He was stationed at Fort Leonard Wood, Missouri, F0B Germany from 1965 until 1967. He came home on Christmas leave and married his girlfriend Lillie M. Forrest on January 9, 1967, before returning to Germany to finish his tour. When he returned home, they made their home in Catoosa, Oklahoma. They had two sons Thomas (Tommy) Wayne Forrest Jr., and Michael Wayne Forrest. Wayne and Lillie spent countless hours with all three boys going to different sport events and band activities. They returned to the family farm in 1985 to help with farming and cattle chores in Barnsdall. When he graduated from business college, he went to work in Tulsa, Oklahoma, for the New Dewey Portland Cement Plant. In his 40 ½ years of employment, the company changed owners three times. He started as an office clerk and worked every job the plant had to offer except for welding. He retired in 2000 as Console Tech for Blue Circle Cement. He then went to work for the US Department of Labor as a metal/nonmetal inspector (electrical). He earned his Electrical Contractor License studying at home. He went to Mine Safety and Health Administration School in Virginia and retired from MSHA in 2004. Wayne is preceded in death by his father CR Forrest, his mother Myrtle Forrest, his son Tommy Forrest Jr., sister Frances Dildine, and brother Charlie Forrest Jr. Wayne is survived by his wife and caregiver Lillie Forrest, son Gary Wayne and his wife Jocelyn of Owasso, son Michael Wayne and his wife Tracie of Tulsa, his Army buddy Jim and wife Kathy Lawler of Devine, Texas, his sister Louise Forrest of Barnsdall, his sister Dorothea Booth and Bill of Dewey, his daughter-in-law Tina Kelley and her husband Michael of Barnsdall, nine granddaughter: Amber Martin and her husband Lance of Leawood, Kansas, Tori Forrest of Tempe, Arizona, Andrea Pickering and her husband Michael of Wichita, Kansas, Brittany Arnett and husband Austin of Mid-West City, Oklahoma, Alexandria Mudd of Tulsa, Brianna Forrest of Moore, Oklahoma, Jordyn Stephens and her husband Dylan of Skiatook, Oklahoma, Tailor Deckard and her husband Connor of Skiatook, Samantha Kelley of Barnsdall, two grandsons; Cody Forrest and his friend Arm of Boston, Massachusetts, Tyler Forrest and his wife Chelsea of Yuma, Arizona, four great-granddaughters; Layla, Aria, Vada, and Braelynn, eight great-grandsons; Roman, Israel, Ollivander, Zepher, Hunter, Marley, Ryan, and Callahan, as well as a whole host of nieces, nephews, cousins, and friends. He will be greatly missed. In lieu of flowers, you can make donations to the Stroke Center at St. Johns Medical Center in Tulsa, Oklahoma.

Thomas W. Forrest, 79, of Barnsdall, Oklahoma, passed from this life here on earth into eternal life with his Lord and Savior Jesus Christ on Monday, January 18, 2021, at the Pawhuska Hospital at 3:00am. Wayne was born to CR and Myrtle Forrest... View Obituary & Service Information

The family of Thomas Forrest created this Life Tributes page to make it easy to share your memories.

Thomas W. Forrest, 79, of Barnsdall, Oklahoma, passed from this...

Send flowers to the Forrest family.