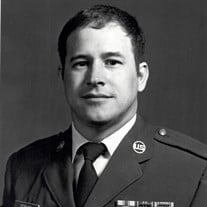 Steven Henry Perkins left this life on Wednesday, November 24, 2021, in Bartlesville, Oklahoma after 73 well-lived years. He was born to Noble Leroy Perkins and Loretta Jean Hainline on February 1, 1948 in Topeka, Kansas. Steve attended school in Neosho, Missouri, graduating from Neosho High in 1966. Following school, he joined the United States Air Force beginning a twenty-eight-year career during which he served honorably in both the Vietnam War and Operation Desert Storm. Steve attained the rank of Senior Master Sergeant and was awarded the United States Meritorious Service Medal. He was decorated with the Air Force Commendation Medal at RAF, Fairford England. Following his retirement from the USAF in 1994, he was hired by the Bartlesville Public School system as a computer technician where he worked for 27 years. Steve married Diane Orrison with whom he had a son, Nathan. Later, he married Karen White, with whom he had a daughter, Stephanie. On June 24, 1996, he married his last love, Suzan Marlene Coke, in Bartlesville, Oklahoma, and gained two more daughters, Holly and Rachael. Steve and Suzan have made their home in Nowata for the last 18 years. Steve was an avid deer hunter, fisherman, and tractor enthusiast. He was a stoic and a man of few words, but he loved a good joke. He smiled good-naturedly though merciless teasing by his family, which he understood to be our love language. Above all, Steve was a family man. He demonstrated his love through action, always ready to help when needed. He repaired countless broken cars and computers, filled up empty gas tanks, and helped raise his beloved grandchildren. He could often be found tinkering and making big plans with his son-in-law, Casey, or in his recliner with a bowl of popcorn and one or more grandchildren on his lap. His loss is felt deeply. Steve was preceded in death by his mother and father and infant son, Steven Anthony Perkins. He is survived by his wife, Suzan Perkins, brother Kenny Perkins and wife Cheryle of Neosho, MO, sister Dee Taylor of Neosho, MO, son Nathan Perkins and wife Beverly of Merced, CA, daughter-in-law Tammara Hanson of Spokane, WA, daughter Dr. Stephanie Wolfe and husband Micah of Ogden, UT, daughter Holly Hall and husband Jeremy of Guthrie, OK, daughter Rachael Marrs and husband Casey of South Coffeyville, OK. He leaves nine grandchildren, Amy Harless, Amanda Perkins, Meghan Perkins, Alexandria Dennison, Ruby Hall, Ivy Hall, Payton Marrs, Truman Hall, Alexandra Wolfe, and a great-granddaughter, Lily Harless. A celebration of life will be held at a later date. Memorial contributions may be made to The Journey Home in Bartlesville.

The family of Steven Henry Perkins created this Life Tributes page to make it easy to share your memories.

Send flowers to the Perkins family.