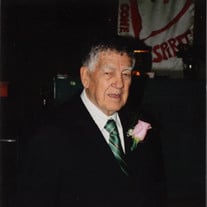 Mr. Sherril Lee Snider, 86, longtime Dewey and Copan area resident, died at 8:26 P.M. on Friday, December 4, 2020 at The Journey Home in Bartlesville. Private family services will be held at a later date and cremation arrangements are under the direction of the Stumpff Funeral Home & Crematory. In lieu of flowers, contributions may be made to ARF(Animal Rescue Foundation) of Bartlesville, P.O. Box 3292, Bartlesville, Okla., 74006. [email protected] Mr. Snider was born in Dewey, Oklahoma on February 16, 1934 the son of Ralph and Goldie (Mason) Snider. He grew up in the Dewey area and was employed with Phillips Petroleum Company in the early 1950’s until entering the United States Marine Corps on November 13, 1953. Following his Honorable Discharge on November 12, 1956 he rejoined Phillips Petroleum Company, briefly in Borger, Texas and then in Bartlesville where he remained until his retirement as a computer draftsman in 1988. He was married to Helen Reed on February 14, 1958 . They made their home in Copan for over 50 years and Mrs. Snider preceded him in death on January 30, 2009. He was then married to Dolores Bonham on October 31, 2009 and she preceded him in death in September 2017. He has been a member of the United Methodist Churches at Copan and at Dewey and a member of the Toastmasters. He was a man of God and lived his life to the fullest. His life enjoyments were his family, all of the love and care and activities at Green Country Village, his woodcarving and artwork. Survivors include two daughters, Helen Collins and her husband Roger of Grove, Okla., and Lisa Latham and her husband Mark of The Woodlands, Texas, a sister, Connie Oder and husband Robert, seven grandchildren, nine great grandchildren and numerous nieces and nephews. He was preceded in death by his parents, his wife Helen of 51 years, his wife Dolores of 8 years, two brothers, Lorren Snider and Norman Snider and a sister-in-law, Ruth Snider.

Mr. Sherril Lee Snider, 86, longtime Dewey and Copan area resident, died at 8:26 P.M. on Friday, December 4, 2020 at The Journey Home in Bartlesville. Private family services will be held at a later date and cremation arrangements are under... View Obituary & Service Information

The family of Sherril Lee Snider created this Life Tributes page to make it easy to share your memories.

Send flowers to the Snider family.