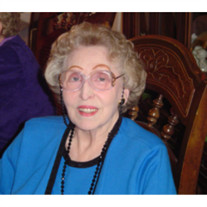 Funeral services for George Rose Westmoland, 88, of Tulsa, OK will be held Thursday July 26, 2018 at 10:00 a.m. at Sacred Heart Catholic Church in Skiatook with Father Bryan Brooks officiating.             Interment in Hillside Cemetery in Skiatook, Oklahoma is under the direction of Peters-Stumpff Funeral Home.  Casket bearers for the service are Chevis Sokolosky, Chace Sokolosky, Dustin Sokolosky, Ryan Sokolosky, Chris Beatt, Michael Beatt, Adam Goodman,  Matt Bowman, Tim Bowman and Ronnie Ross.  Musical selections for the service are "Amazing Grace", "On Eagle Wings", "One Bread One Body", "Saints Of God" and "Be Not Afraid".  Musicians for the service are Gaye Beatt and Gail Goodman.   George Rose Adair Westmoland was born on March 31, 1930, in Skiatook to Irene and Pete Adair. She grew up in Skiatook with her 3 sisters; Reva, Gretta Bea and Gerry, and her brother Russell.  She also had two half-brothers, Mike and David Adair and two half-sisters, Patty Adair Stephens and Ina Adair Irvine.  Rose attended Skiatook schools and graduated in 1948. She married Wayne Westmoland in 1949 and together they had seven children; Gloria, Gaye, Gana, Gail, Guy, Gina and Ginger --- otherwise known as the 7-Gs. Wayne and Rose moved their family to Tulsa in 1969 but remained close to their family and friends here in Skiatook. Rose had a rewarding career as a nurse for over 35 years, retiring in 1993. She was blessed with 15 grandchildren and 17 great grandchildren. Some of her happiest times were spent playing games and sharing the holidays with her family.  Rose was preceded in death by both of her parents, as well as her three sisters and brother, and her husband Wayne. She is survived by her children, her grandchildren, her great grandchildren, her half-brothers, her half-sisters and their families and many nieces and nephews.

The family of Rose Westmoland created this Life Tributes page to make it easy to share your memories.

Send flowers to the Westmoland family.