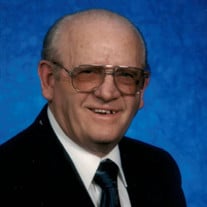 Roscoe Dean Mullins, age 85, of South Coffeyville, Oklahoma, went to be with his Lord and Savior on Monday, January 17, 2022 at Ascension St. Johns in Bartlesville, Ok. Dean was born on November, 22, 1936 in Raymondville, Missouri to Radius & Pauline (Troutman) Mullins. He attended elementary school in Raymondville and Houston, Missouri. The family moved to the Coffeyville, Ks area when Dean was a Sophomore in High School and he attended Field Kindley High School & Lenapah High School, graduating from Lenapah High School in 1954. On August 21, 1955 he married the love of his life, Mary Alice Marlow. Dean with the help of his father-in-law, Mid Marlow, built a house in South Coffeyville, Oklahoma where he resided until his passing. Dean & Mary Alice had two children, Deane, born in 1956 and Brett born in 1970. Dean started working at Brown’s Furniture right out of high school and worked there for over 35 years. He worked for Charles Beam Construction for one year before starting his own business, Dean’s Appliance Repair. He retired when his son, Brett, took over the business. Dean was a charter member of the South Coffeyville Fire Department in 1964. He retired from the Department in 1984 after 20 years of service. Dean also served on the South Coffeyville School Board and on the Board for Emmanuel Chapel Church of South Coffeyville and later for Trinity Church of Nowata where he enjoyed teaching a Sunday School Class until his passing. He was a devoted Christian and a true example for his friends and family to follow. Dean enjoyed hunting, fishing, playing and watching sports, watching his kids and grandkids play sports and spending time with his family. Dean is survived by his wife, Mary Alice of the home; brother-in-law Jerry Marlow and his wife Connie of Coffeyville, Ks; sister-in-law Mary Marlow of South Coffeyville, Oklahoma; sister-in-law Colleen Mullins of Oklahoma City, Ok; step-sister, Deloris Ketzler of Guthrie, Oklahoma; step-brother, Norman Hedrick and his wife Marilyn of Coffeyville, Kansas; daughter Deane Huff of South Coffeyville, Oklahoma; son, Brett Mullins and his wife, Rhonda, of Caney, Kansas; granddaughters Angela Finney and her husband Mike, of South Coffeyville; Kristi Gray and her husband Nick of South Coffeyville; Stepha Johnson and her husband Josh of South Coffeyville; Kira Mason and her husband Will of Jenks, Oklahoma; Heather Cummins and her husband Eric of Dewey, Oklahoma; and Lacey Cline of Caney, Kansas; great-grand-children Stephen, Shaelea, Lindsey, MaKenzi, Lexi, Suri, Jaycie, Triston, Hayden, Sonnie, and Hadley. Dean was preceded in death by his father, Radius Mullins; his mother, Pauline Mullins; his step-mother, Jewel Mullins; his siblings, Roy, Kenneth, Howard, and step-sister Christine Eberhardt; father-in-law, Mid Marlow; mother-in-law, Rozella Marlow; brother-in-law Gary Marlow and son-in-law, Steve Huff.

Roscoe Dean Mullins, age 85, of South Coffeyville, Oklahoma, went to be with his Lord and Savior on Monday, January 17, 2022 at Ascension St. Johns in Bartlesville, Ok. Dean was born on November, 22, 1936 in Raymondville, Missouri to Radius... View Obituary & Service Information

The family of Roscoe Dean Mullins created this Life Tributes page to make it easy to share your memories.

Send flowers to the Mullins family.