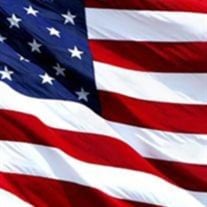 Ronald “Ron” Dean Combs passed away February 9, 2022, at his home in Bartlesville at the age of 82. Ron was born February 19, 1939, in San Antonio AFB, Texas to Jerome and Pat Combs. His early years were spent in California, then the family moved to Oklahoma City, OK, where he graduated from high school. In 1958, he enlisted in the United States Army for 3 years. Upon leaving the Army, he settled in Bartlesville, OK. In 1964, Ron moved to Midwest City, OK and took up stock car racing. He raced stock car #30. In 1977, the family moved back to Bartlesville, and he continued racing. For 13 years, he and his son Russell raced as R&R Racing. After that time, he built racing motors and cars until his death. Proceeding him in death were his parents and younger brother. He is leaving behind a sister Fern Madgrial in Bakers Field, California; two children, Kim and Austin Schrack, and Russell Combs; six grandchildren: Lacie McCraken, Hannah Veach, Waylan Hubbard, Kashlee Combs, Riley Combs, and Lillie Combs; and mother of his children, Marjean Combs. Come join us for a Celebration of Life on Saturday, April 30, at 2pm at Dewey Fairground in Dewey, OK.

The family of Ronald "Ron" Dean Combs created this Life Tributes page to make it easy to share your memories.

Send flowers to the Combs family.