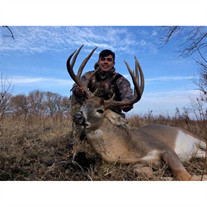 Robert Haden Myers was born December 7, 2000 to Robert & Victoria Myers, and went to meet his Savior on January 10th, 2021. In the short 20 years we were blessed with him he lit a light that remains in each of us that knew him. And though Haden's life was short, those that were touched by him understand that the quality of his short existence far exceeded the quantity of time in which he lived it. He was a light for the Lord that is still shining bright in each person that he touched and ministered to. Although parents are meant to teach their children, Robert and I are humbled by how much he taught us, not only about loving but about living a life pleasing to the Lord. Having taken advantage of the opportunity to homeschool him, I was given the blessing of spending each and every school day with my baby. Throughout his school years his extracurricular activities included drama team, choir, Fine Arts, and playing guitar and bass on the worship team. His greatest loves aside from the Lord and family were hunting, playing the guitar, and spending time with his buddies and his lifelong friend/brother Nick Basore. Haden attended Tulsa Tech for his Taxidermy certificate which he hoped to do as a hobby. He was a large machine operator running track hoes, backhoes, dozers, skid steers and dump trucks. He was currently working up the ranks in his dad's excavating business in order to take over the family business one day. He also had plans in ministry and was currently teaching the Royal Rangers, a young boys' ministry, at his church. Haden was a great leader and example for those he is survived by, including his parents Robert & Victoria Myers, little brother Dylan Lee Myers, big sister Brittany Nicole Williamson and brother-in-law Caleb Williamson, Grandfather Pierre LeVecque, Grandparents Dennis Olden and Pat LeVecque, Grandparents Jeff & Delba Blair, and numerous loving aunts, uncles and cousins. He was preceded in death by his Grandfather Jack Lee Myers and cousins, (Bunga) Taylor Monday and Steven Fairbanks Cornelius. With Haden's passing we want to remind everyone that Haden's life is one to be celebrated; for in the short years we had him, we made beautiful memories. Brittany and Dylan felt priveleged to have such an amazing brother to look up to. Flowers are welcome or donations may be made to:First Assembly of God Skiatook Royal Rangers (this is the class Haden taught) Go to the Easytithe App select Skiatook First Assembly  then tap on other and write: Haden Myers

Robert Haden Myers was born December 7, 2000 to Robert & Victoria Myers, and went to meet his Savior on January 10th, 2021. In the short 20 years we were blessed with him he lit a light that remains in each of us that knew him. And though Haden's... View Obituary & Service Information

The family of Robert Haden Myers created this Life Tributes page to make it easy to share your memories.

Send flowers to the Myers family.