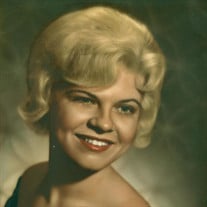 Penelope Kay Dell Penelope Kay Dell, born January 19, 1946, in Pawnee, Oklahoma in Pawnee County. Penny was the second child of Virginia Jordan. Donald Brisbin is Penny’s older brother of 10 years. They lived in Cleveland, Oklahoma, Pawhuska and Barnsdall, Oklahoma, and later moved to Bartlesville. Penny’s dad, Roy Jordan worked for Public Service Electric Company as a lineman and traveled until being stationed in Bartlesville. Okla. Penny received Jesus Christ as her Lord and Savior on the 29th day of March 1953 at the First Methodist Church of Bartlesville, John R. Webb, pastor. Penny’s dad loved to hunt and fish and anything to do with the outdoors. For vacation, they traveled mostly in the Western United States. Penny had a good childhood. Her mother had her in dance and piano lessons. Penny was very talented. If she heard a song, she could play it by ear, and it did not take her very long. She could read music and play it also. After high school, Penny attended college in Tahlequah and then in Edmond. At the age of 20, Penny had a daughter, Shaunda. Shaunda had a daughter, Audra, and a son Phillip and Audra had a daughter, Anna. Penny’s mom Virginia had a hair salon and eventually, they started working together in Bartlesville. Penny in her off time picked up the sport of golf Penny joined the Sunset Golf Club, and they would travel to different states in competition and the proceeds would benefit disadvantaged children. Penny clearly loved the game of golf. In 1994 Penny met her old childhood buddy at the request of her Aunt Alma. They soon discovered they had a bond of trust between each other that began in 1948. On May 25, 1995, Penny and Buster Dell were married and the trust and bond grew more every day and changed their lives forever. Out of this union, Penny gained two stepdaughters who grew to love and respect Penny for the love she had for all of us. They both loved Penny very much. Penny had a big heart. She loved the dogs she had at different times during her life. She will be greatly missed by all that knew her. After she and Buster’s marriage, they traveled to many states working on construction jobs for the Operating Engineers Local 627 out of Tulsa. Penny always wanted to do her part of earning a living and pay her own way. She always managed to do more than her part, never complained, and with her warm beautiful smile she would ask, “Are You OK”. Penny made my day every day for many years just knowing she was here made our lives easy and enjoyable. Penny and I both believe in the Lord. Our lives together were blessed in so many ways during our time together. We were thankful and amazed at how our lives had changed over the years.

The family of Penelope Kay "Penny" Dell created this Life Tributes page to make it easy to share your memories.

Send flowers to the Dell family.