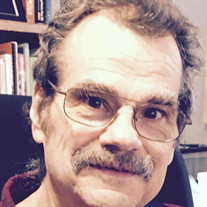 Nathan (Nate) Earl Rider (Butch to family) was born February 21, 1944, in Norman, Oklahoma, to Nathan and Mabel (Rogers) Rider. He passed away at 78 years old on February 24, 2022, in his home. Nate attended school in Tecumseh, Oklahoma, graduating in 1962 before studying electronics at Okmulgee Tech. In 1964, he joined the Information Technology team at Phillips Petroleum Company in Bartlesville, Oklahoma, where he held a variety of positions throughout his 37 years of service. He retired as a network specialist in 2001. If you ask his children - Chris, Toby and Brandy - what comes to mind when they think of their dad, they’ll immediately tell you about his devotion to his family. Never once did they wonder if they were loved and prioritized - Nate was always there, eager to share his attention with them. Being a father and devoted husband weren’t the only things that suited Nate: Country life was right up his alley. He took advantage of opportunities to fish, garden, bird watch, listen to his beagles hunt, and just enjoy the wildlife. And while he preferred to live simply as he grew older, his stories about his earlier travels made his face light up, as well as the faces of those around him. A man who preferred quality over quantity when it came to his relationships, Nate may have had a small circle, but the influence he had on them - and continues to have - is enormous. Nate was preceded in death by his parents, sisters Linda Griffith and Phyllis Coulson, and nephew Jason Humphrey. He is survived by wife Peggy; son Chris of Oklahoma City; son Toby and his wife, Amanda, of Plano, Texas; daughter Brandy and her husband, Alan Shaver, and grandchildren Kellan, Arlan, and Lila of Edmond, Oklahoma; sister Debbie and brother-in-law Tony Humphrey of Tecumseh; brother-in-law Fred Coulson of Warwick, Oklahoma; and a host of nieces, nephews and cousins, who count themselves lucky to have been a part of Nate’s inner circle.

The family of Nathan Earl Rider created this Life Tributes page to make it easy to share your memories.

Send flowers to the Rider family.