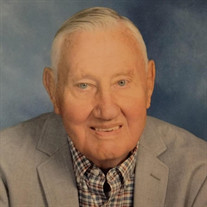 Lester “Wayne” Bellon, age 89, was reunited with his bride, Margaret (Applegate) Bellon, on 2/20/2022. A memorial service and scattering ashes of both will be held at a later date in the Sacramento Mountains of New Mexico. Wayne was born October 2, 1932, to Ernest Bellon and Maude (Dent) Bellon, in Wayne County, Iowa. Wayne graduated from high school in Allerton, Iowa where his family farmed. After high school, Wayne was employed as a clerk typist at Meyers Drug Store in Allerton. He joined the Air Force Dec 28, 1950 during the Korean War and was honorably discharged on Dec 7, 1954. While serving in the Air Force, Wayne received the Good Conduct Medal and the National Defense Service Medal. His most significant duty assignment was the 420th Air Refueling Squadron. Wayne completed his training at Sheppard Air Force Base in Texas and Alexandria Air Force Base in Louisiana. While working at a drugstore in Knoxville, he met and later married Margaret on October 1, 1955. Not only did Wayne gain a wife, but also two children, Penelope Ann Fry and John Thomas Fry. Their marriage journey took them to live in California where Wayne worked for Mobil Oil. A few years later, Beverly Jane was born of this union. Wayne and Margaret moved from Torrance, Calif. to New Mexico in 1965, residing in Artesia where he began his employment with AT&SF Railroad as a fuel car inspector. In 1966 they transferred to Naperville, Ill., where Wayne commuted to Chicago for the Santa Fe RR. He was later assigned to Topeka, Kansas in 1970 making their home in Silver Lake (west of Topeka). After their youngest left the nest, Wayne and Margaret eventually bought a condo in Topeka, residing there until 1988. Wayne had climbed the corporate ladder, and upon his retirement was Vice President of Purchasing. It was then that their dream of living in the Sacramento Mountains of New Mexico became reality living there until late 2020. During the latter years in the Sacramento Mountains, they were lovingly cared for by Tom (Sheila) Fry, and in Artesia by Penny (Dale) Taylor and family. Shortly after Margaret’s passing, Wayne moved to Bartlesville, Okla to reside with Bev (Bill) Blevins and family. Wayne enjoyed working with his hands, volunteered to work on several mission trips both in the States and Mexico. He also used his carpentry skills to build for family and friends, including a playhouse and a backyard jungle gym for grandchildren. He loved history, war movies, reading and working Sudoku. Others preceding Wayne in death are his parents, Ernest and Maude Bellon, brother, Marlin Bellon, and sister, Wilma Hawkins Weaver. Survivors include children Penny (Dale) Taylor of Artesia, NM, Tom (Sheila) Fry of Sacramento, NM, Bev (Bill) Blevins of Bartlesville, Okla., grandchildren Netta (John Ross) Null of Artesia, NM, Colby (Shelli) Taylor of Artesia, NM, Darrah Fry of Alamogordo, NM, Tracy (Josh) Carter of Tampa, Fla., Megan (Andrew) Calhoun of Bartlesville, Okla., Michael (Cassidy) Blevins of Sand Springs, Okla., 8 great grandchildren, 4 great-great grandchildren, and a host of nieces, nephews and extended family members that he dearly loved. In lieu of flowers, a memorial donation can be made to Sacramento Camp and Conference Center, Sacramento, NM or Cloudcroft United Methodist Church, Cloudcroft, NM.

Lester &#8220;Wayne&#8221; Bellon, age 89, was reunited with his bride, Margaret (Applegate) Bellon, on 2/20/2022. A memorial service and scattering ashes of both will be held at a later date in the Sacramento Mountains of New Mexico. Wayne... View Obituary & Service Information

The family of Lester "Wayne" Bellon created this Life Tributes page to make it easy to share your memories.

Lester “Wayne” Bellon, age 89, was reunited with his bride, Margaret...

Send flowers to the Bellon family.