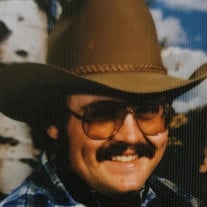 Larry Dale Owens passed away suddenly on Sunday, September 12, 2021 in Bartlesville, Oklahoma at the age of 57. Larry is preceded in death by his father-in-law, Samuel Thompson; mother-in-law, Elsia Thompson; and nephew, Cody Thompson. Larry is survived by his high school sweetheart and the love of his life of 38 years, Tamala Owens; his son, Dustin Owens & his wife, Jana; and his granddaughters, Makyla and Liviana. Larry is also survived by his father, Cheek Owens; mother, Linda Kemp; sister, Diana Owens; brother-in-law, Terry Thompson & his wife, Yvette; brother-in-law, Robbie Thompson; as well as aunts, uncles, cousins, nieces, nephews, and friends. Larry Dale Owens was born on October 12, 1963 to Cheek Owens and Linda Kemp in Newport Beach, California. He spent his childhood living in various areas of the country due to his father’s work. He met his loving wife, Tammy, at the age of 16 at Brock’s Restaurant. It was love at first sight. He sang in the school choir all through high school. He played bass guitar with his family. Larry graduated from Dewey High School in 1981. Larry and Tammy were married on April 16, 1983 in Bartlesville, OK. Their son, Dustin was born in December of the following year. Larry enjoyed playing in bands Fat Chance and Legal Limit from the time he was 18 years old until shortly after his son, Dustin, was born. Larry loved to coach and practice baseball with Dustin throughout Dustin’s childhood years. He and Tammy could usually be found at the ball fields during baseball season cheering Dustin on. Larry appreciated the many friends he made through his 35 years of driving across our country with his profession as a truck driver. Larry treasured spending time with his granddaughters, Makyla & Liviana, especially on their weekly shopping trips to town. He looked forward to whipping up dinner for his family every Thursday night so they could spend some time together while he was home. Larry’s Celebration of Life memorial service will be held at 2:00pm on Thursday, September 16 at Stumpff Funeral Home in Bartlesville, Oklahoma.

The family of Larry Dale Owens created this Life Tributes page to make it easy to share your memories.