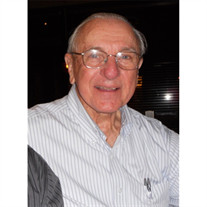 Larry P. Anduss was born in Wewoka, Oklahoma, on the 12th of September 1938, he completed high school in Perry, OK and graduated from Oklahoma State University with a degree in Radio Television Broadcasting. Holds a Civilian Pilots License. Larry P. Anduss served over 26 years in the United States Air Force, retiring in 1987 with the rank of Colonel. During 267 plus missions he accumulated over 8000 hours of flying time as a navigator in various aircraft. Assignments included AC-47 gunships in Vietnam (235 combat missions), VC-118 aircraft flying Special Air Missions out of Hawaii in support of the Commander in Chief, United States Army - Pacific, followed by and assignment flying Special Air Missions out of Andrews AFB in VC - 135 and VC - 137 aircraft. The latter assignment involved flying the First Family , Vice President, Cabinet members, congressional delegations and visiting heads of state throughout the world.The final tour of duty was five years as the Director of Logistics for Southern Air Division in Panama. Military awards include the Legion of Merit, and the Distinguished Flying Cross. After military retirement he was employed as the Manager of Air Crew Training for the Boeing Peace Sentinel Program in Riyadh, Saudi Arabia from August 1989 until May 1999. Larry served as Chairman of the Board for the Tulsa Air And Space Museum, President of the State Council for the Military Officers Association of America, President of the Green Country Chapter for the Military Officers Association, and President of the Central Park Owners Association. He also was the Secretary / Treasurer of Rural Water District #9, Osage County. Larry was extremely proud of his military service and always felt strongly about the issues facing those in the military today. Larry met Janet Fleming while both were attending Oklahoma State University. They were married on 23 December, 1961 in Dallas, TX. Survived by his wife, Janet Ann Anduss, daughter, Patricia Anduss, and sons Mark K. Anduss, and Mickey Michalec, two nieces Teresa Ueltschey and Jennifer McClatchy, and one nephew Martin Ueltschey, and fur babies Jackie and Roc.

Larry P. Anduss was born in Wewoka, Oklahoma, on the 12th of September 1938, he completed high school in Perry, OK and graduated from Oklahoma State University with a degree in Radio Television Broadcasting. Holds a Civilian Pilots License. Larry... View Obituary & Service Information

The family of Larry P. Anduss created this Life Tributes page to make it easy to share your memories.

Send flowers to the Anduss family.