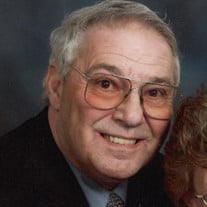 Kermit Lee Tanzey, 82, was born January 31, 1940, in Bartlesville, OK, and died March 20, 2022, in Bartlesville, OK. Preceded in death by his mother, Wanda Perrier Price, and stepfather, Paul Price. Survived by wife of 59 years, Mary Lou (Mowery) Tanzey of the home; a son, Jon Tanzey, and wife, Nicole Tanzey, of Owasso; a daughter, Jill Carse-Hron, and son-in-law, John Hron V, of Bartlesville; and three grandchildren, Daylon Carse of Norman; Karlyn Tanzey of Fayetteville, AR and Kyle Tanzey of Owasso. Kermit graduated from Bartlesville (College) High School in 1958 and from Northeastern State University in 1962 with a BA in Music Education. Kermit was band director in Arriba, CO, Barnsdall, Sand Springs, Bartlesville, and Nowata schools. He was a long-time member and research associate of ASBDA, the American School Band Director’s Association. Kermit was also director of Title 1 Indian Education for Nowata Schools before retiring in 2005. He proudly served his Osage People in various capacities, including as a member of the Osage membership committee. For years, both before and after retirement, Kermit provided horse painting demonstrations for educational and civic events, sharing the Native American tradition of horse painting. Kermit was an early trader and collector of baseball cards, attending conventions and participating in national events since the late 1960s. He owns the most comprehensive collection of St. Louis Cardinal baseball team issued postcards and an impressive representation of Cardinal team memorabilia. Kermit owned and operated The Dugout baseball card shop for many years, and helped nurture a love of baseball, and baseball card collecting, for many young, and young at heart, fans. Kermit’s love of music, baseball, and his Osage heritage was complimented by a passion for horseback riding, fishing, and attending or watching rodeos. He was equally comfortable with a baton in his hand, a ballcap on his head, a minnow on his line, or spurs on his boots. Late in life he put pen to paper and composed a collection of poems that reflected his simple, if not unique, perspective on life. In lieu of flowers, the family requests donations to the Washington County SPCA animal rescue. Donations may be sent in his honor to Arvest Bank, Bartlesville. At times, Kermit was as close to the four-leggeds as he was with the two-leggeds of the world. His family is certain that he was met on the other side by countless horses, dogs, cats, and no telling what other creatures whose life on this earth was made better by Kermit. No public services will be held, per Kermit's request.

The family of Mr. Kermit Lee Tanzey created this Life Tributes page to make it easy to share your memories.

Send flowers to the Tanzey family.