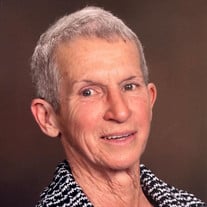 The world would forever be a better place November 30, 1944, when Kenna Faye Jordan was born to Buck and Opal Jordan. “Boots” as she would be known to family, friends, and locals. This strong, loving, angel on earth loved the family land and their traditions and spent her life keeping the traditions alive all while being an exceptional steward of the land. She would marry Bill King February 1963 and tragically lose him in April of the same year. They had a daughter Billie DeAnn. Kenna married Monte Burkhart Moore in 1966 and would later divorce after having two children Buster and Cora Lynn Moore. She loved playing basketball, music, going to the movies, checking out the latest local restaurants, cooking, gardening, being horseback, raising chickens, and cattle. Being involved and supporting her children, grand and great grandchildren’s school, work, and activities even after they were grown. She also enjoyed keeping the family garden in prime condition after the passing of her Dad. A garden that would make the cover of any gardening magazine, and once provided for 3 families and friends. She provided the fruit of her labor for her children, much of Washington County, and out of state friends. Boots would take a day just to deliver to homes of valued friends and family. She did her best to keep chickens, battling the coyotes, coons, and other varmints. Once again providing fryers and eggs for family and friends. Easter, Thanksgiving, and Christmas were always big meals cooked by Boots. Easter included fresh fish, her home raised fried chicken, and the best ham ever along with all the families traditional sides. Christmas meant home raised steaks. Thanksgiving the traditional turkey and fixins. Always a big meal when working cattle, always homemade bread and at least one pie. Fried chicken or chicken salad for the ranch rodeo girls when ordered along with pasta salad and cobbler or cake if a birthday was close to a rodeo date. Always enough food for all that she knew was coming and extra just in case someone wanted to join. Her cooking secrets we will share: Cook with love and it will be good, Yeast is a fickle gal, and on pies don’t take out of the oven too soon or leave too long. Basketball was her favorite sport even after school she played in town leagues into the 1980s. She knew what new movies were coming out and when the kids were young, she would load up a group to see the latest movie, maybe even a trip to Baskin-Robins, or go-carts while in town. Boots also would splurge on records and went to concerts; she couldn’t tell you how many times she had seen Merle Haggard in concert. All she would say is I went every time I could afford it! Kenna was a nurses aid, cowboys wife, and seamstress before finding her calling as a surgical tech. Her hard work ethic came in handy as she worked, went to school, and raised three children. She served as a general surgical tech before being hired by Orthopedic doctors Dr. Jared Bryngelson, Dr. William Smith Dr. James Zieders. She would retire from her career as an orthopedic surgical tech after 42 years. During her career she was a comforting guide for family, friends, and patients with an unwavering compassion. During her retirement one of her projects was clearing brush and trimming trees. She ran a chain saw up until a few days of going into the hospital. None of us will ever know how many lives she touched over the years, she had an exceptionally large circle of family and friends that she cared for deeply. A wise, smart, witty lady of few words and a great listener she did not talk just to hear her voice so when she told you something you would take note of what she was saying. Towards the end she said, “I knew this day was coming, I just didn’t think it would be so soon.” She was proceeded in death by her parents, Buck Jordan, Opal Luttrull Jordan, sister Paulette “Toots” Ward, Bill King, Monte Burkhart Moore. She is survived by Billie King Franks (Chet) Grenola, KS, Buster Moore (Annie) Ramona, OK, Cora Lynn Moore Thomas Oklahoma City, OK. Grandchildren Venus Newbill Ramona, OK, Walker Robles (Brandy) Ramona, OK, Masala Thomas Oklahoma, OK, Kenna Jane Moore Joplin, MO Greatgrandchildren Levi and Caroline Robles, many cousins and numerous friends. In lieu of flowers, please make donations in remembrance of Kenna Moore to Compassus Hospice. A memorial service will be held Saturday, April 16, at 2pm at Ramona Baptist Church and is under the direction of Stumpff Funeral Home and Crematory. Friends who wish may sign the online guest book and leave condolences at www.stumpff.org.

The world would forever be a better place November 30, 1944, when Kenna Faye Jordan was born to Buck and Opal Jordan. &#8220;Boots&#8221; as she would be known to family, friends, and locals. This strong, loving, angel on earth loved the... View Obituary & Service Information

The family of Kenna "Boots" Faye Moore created this Life Tributes page to make it easy to share your memories.

Send flowers to the Moore family.