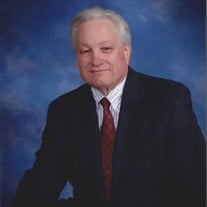 Keith Alan Brown passed away on Friday, March 11, in Bartlesville. He was born on February 16, 1956 to Emanuel and Neilda (Shroyer) Brown in Topeka, KS. After Emanuel retired from the Air Force, the family moved to Phoenix, AZ where they lived until Keith was 12 years old. They moved to Sallisaw, OK where he attended Gans School and met his life-long best friend, Terry Foust. While in high school he was involved with FFA as a surveyor, and lettered in basketball and baseball. He graduated in 1974 as Valedictorian of his class. He attended the University of Oklahoma before transferring to Northeastern State University in Tahlequah, where he received his Bachelors of Science in Accounting. Following graduation he worked as an auditor at Blue Cross Blue Shield, Hillcrest Medical Center, and the City of Tulsa. In 1985 he began his studies at The University of Tulsa, earning his Juris Doctor degree. In 1989, he graduated from Southern Methodist University with his Masters of Laws in Taxation and moved his family to Bartlesville where he was employed at Phillips Petroleum Company. In 1991, after being laid off from Phillips, he started his own tax business. Doing taxes was what he truly enjoyed and he had many faithful clients over the years. He was active in the Bartlesville community, serving for many years on the boards of Samaritan Counseling & Growth Center and the Bartlesville Civic Ballet. He was a member of Bartlesville First United Methodist Church, where he spent countless evenings helping cook the Wednesday night fellowship meal. Keith was also active on the Finance Committee and was head of the Family Life Committee for many years. Whether it was Boy Scouts, soccer games, band or choir concerts, or a ballet production, Keith loved to attend events and support his children. Keith was married to Dianne and together they had one son, Jared. Keith and Gail married in 1983 and had three children together- Edward, Kevin, and Lauren. Keith was preceded in death by his parents, Emanuel and Neilda Brown, his brother and sister-in-law Ron and Kathy Brown, and two of his sons, Jared and Edward. Keith is survived by his son, Kevin and Kevin’s son Scott; daughter Lauren and her husband Jason Teeter, and their children William, Egan, and Lorelei. The family asks in lieu of flowers, donations be made to the Samaritan Counseling & Growth Center, the Bartlesville Civic Ballet, or the charity of your choice. A come & go celebration of his life will be held on Saturday, April 9, from 2 – 4 pm, at Bartlesville First Church, 4715 Price Rd. If you are unable to attend in person and would like to share a memory with the family, please email it to Lauren at [email protected]

Keith Alan Brown passed away on Friday, March 11, in Bartlesville. He was born on February 16, 1956 to Emanuel and Neilda (Shroyer) Brown in Topeka, KS. After Emanuel retired from the Air Force, the family moved to Phoenix, AZ where they lived... View Obituary & Service Information

The family of Keith Alan Brown created this Life Tributes page to make it easy to share your memories.

Keith Alan Brown passed away on Friday, March 11, in Bartlesville....