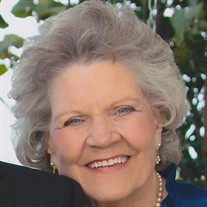 Joy Scoles Joy was born to Ken and Myrtle Hood (Davis) on October 12, 1936 in Scottsbluff County Nebraska. She ended her earthly stay 83 years later at the Journey Home of Bartlesville, Ok. Joy had determined her eternal destination long before the confusion of Alzheimer’s disease. Joy moved to Wyoming at a very young age and went to grade school on the Arapahoe ranch and the nearby Wild Horse School. She attended junior high and the first year of high school in Thermopolis, Wy. Her family then moved to a ranch on the Wyoming side of the Clarks fork river, however Joy attended school in Belfry, Montana where she graduated valedictorian and was a cheerleader for the Belfry Bats. Joy attended Montana University in Missoula, received a degree in microbiology, was accepted into a Princeton university advanced study program, and ultimately became Chief of Labs in several hospitals. Joy met Lee Scoles an oilfield worker passing thru Thermopolis in April of 1960, they were married in November, and moved to Denver, Colorado. Joy worked in several Colorado hospitals while putting her husband thru school. Their second son’s birth, Lee’s graduation, and a move to his new job Riverton, Wy. all occurred during one two-week span. Joy loved life and made the most out of what was available while following her husband’s work and whims. Camping while in Wyoming, skiing while in Canada, square and round dancing when in Chicago. After moving to Houston, the family learned to sail and race Hobie Cat sailboats. In the Philippine Islands Joy became an accomplished bridge player and was involved in several charities. No one ever doubted Joy was an American. On returning to Tulsa Joy assisted Lee in raising and showing AKC bulldogs, which they continued after returning to Wyoming when Lee retired. Throughout all this time they were active in Church and during retirement Joy was a counselor for a Crisis pregnancy center. While in Bartlesville Joy enjoyed the kiddie park when her grandchildren were young and, recently, walking the Pathfinder Parkway with her scruffy dog and Lee. Throughout their marriage Joy collected angels but was quick to point out she did not start with Lee as he claimed. Joy is survived by 3 sons: Slade, and wife Annie of Roswell, Ga., Shane and wife Cathey of Caney, Ks., and Stace of Kansas City, Mo. Six grandsons: Travis and Cody from Slade, Caleb and Bowen from Shane and Logan and Cooper from Stace. Shane’s Evie is the only and favorite granddaughter. Travis has provided two great granddaughters Georgia and Charlotte. Survivors also include husband Lee, Sister Joan Hood of Nampa, Id., and Sister in law Charlotte Hood of Thermopolis, Wyo., plus many nieces and nephews. Joy was preceded in death by her parents and brother Kenny. In lieu of flowers donations to the Journey Home would be appreciated. Memorial services will be held at 11 A.M. on Monday, July 13, 2020 at the East Bartlesville Christian Church with Pastor David Bycroft officiating directed by the Stumpff Funeral Home & Crematory.

The family of Joy Scoles created this Life Tributes page to make it easy to share your memories.

Joy Scoles
Joy was born to Ken and Myrtle Hood (Davis) on October...

Send flowers to the Scoles family.