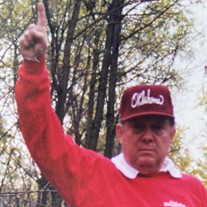 John Taylor Holland, 72, of Bartlesville, passed away on May 9, while on vacation in Sunny Isles Beach, Florida, due to complications from pneumonia. John was born in Bartlesville, Oklahoma to Joe and Jewel Holland on April 30, 1949. He grew up on the family ranch in Copan with his siblings Marcia and Jim. As a teenager, he loved swimming in ponds, breaking horses, playing sports, and running track. His senior year of high school, he finished second in the two-mile race at the Oklahoma State Track Meet. After high school, he attended classes at NEO and OU before joining the Navy in 1968, and was stationed in Danang, Vietnam during the war in 1969-70. Upon returning to the United States on leave, he married Betsy Stone of Midwest City. The couple were stationed in Kinitra, Morocco, for one year before the birth of their son Taylor in 1971. After being discharged from the service, the family settled in the Oklahoma City area, and later divorced. In 1979, John married the love of his life, Janice Smith of Dewey, and they had a son, Jordan, in 1981. The family spent countless time at the baseball fields and enjoyed traveling together. A lifelong supporter of the Oklahoma Sooners, New York Yankees, and Boston Celtics, John was a consummate sports fan, and affected the lives of countless young people during his time as a youth baseball coach for Jordan’s baseball teams in the early 1990s. John is survived by his siblings, Marcia of Edmond and Jim of Copan; his sons, Taylor of Austin, Texas, and Jordan of Claremore, their spouses Elli and Dawn, and his grandsons Jaxon and Bennett. The funeral service will be held at Dewey First Baptist Church on Wednesday May 19, 2021 at 1 PM. There will be visitation at Stumpff’s Funeral Home in Bartlesville on Tuesday May 18, 2021 from 5 PM - 7 PM. Family will be present to welcome loved ones. In lieu of flowers please send memorial donations to the John Holland Memorial Fund at Arvest Bank. These donations will assist in Jaxon’s baseball lessons and development which John held dearly close to his heart.

John Taylor Holland, 72, of Bartlesville, passed away on May 9, while on vacation in Sunny Isles Beach, Florida, due to complications from pneumonia. John was born in Bartlesville, Oklahoma to Joe and Jewel Holland on April 30, 1949. He grew... View Obituary & Service Information

The family of John Taylor Holland created this Life Tributes page to make it easy to share your memories.

John Taylor Holland, 72, of Bartlesville, passed away on May...

Send flowers to the Holland family.