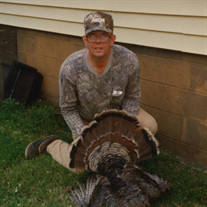 Jerome Paul Dowd passed away February 8th in Bartlesville, Oklahoma. He was three weeks shy of his 74th birthday. Jerry was a beloved grandfather, father, husband, brother, son and friend. His smile and quick wit will be missed by many people, especially his family: wife Janis of Bartlesville; daughter Kelli Blevins, husband Barry, and grandchildren Brooklyn and Owen of Bartlesville; son Justin Branstetter, wife Angi, and grandchildren Evan Grace, Brady, and Tatum of Meridian, MS; son Commander Cody Allen Dowd, wife Nicole, and grandchildren Cade, Connor, and Caroline of Corpus Christi, Texas; and son Jerome Michael Dowd, wife Samantha, and grandchildren Emmett, Ellie, and Liam of Bartlesville. He is survived by two sisters, Kathy Alexander and Kathryn (Katy) Dowd, both of Broken Arrow, he is also survived by his best friend and neighbor Doug Berry. He is preceded in death by his parents, Betty and Jerome H Dowd. Jerome, or Jerry, was born on February 29, 1948, in Ponca City, Oklahoma to Betty and Jerome Henry Dowd, and lived in Bartlesville most of his life. He served on the USS Oriskany as an airman from 1968 until 1972. He was employed with REDA/Schlumberger for 34 years, then worked several years for Wood group/ GE in Oklahoma City until his final retirement. He was an active member of Bartlesville Sportsman’s Club and served as Treasurer for several years. He was an avid sportsman winning several Oklahoma State sporting clay championships in 2004, 2008, and 2009. He married Janis K Newcomb Branstetter on December 28, 1982, and remained her loving husband until his death. Jerry was an expert marksman, and loved cars, nature, and hunting and fishing. He was a very helpful friend and neighbor, and generous with his time, assistance and humor. In lieu of flowers, donations in remembrance of Jerome Paul Dowd may be made to the National Rifle Association.

Jerome Paul Dowd passed away February 8th in Bartlesville, Oklahoma. He was three weeks shy of his 74th birthday. Jerry was a beloved grandfather, father, husband, brother, son and friend. His smile and quick wit will be missed by many people,... View Obituary & Service Information

The family of Jerome Paul Dowd created this Life Tributes page to make it easy to share your memories.

Send flowers to the Dowd family.