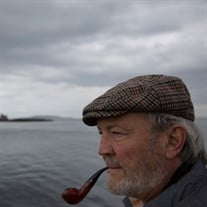 James Albert “Jimmy” Hess, owner of 5th and Shawnee Discount Liquor and founder of the College High Wildcats Memorial Scholarship Fund, died on Friday, November 5, 2021, in the company of his son, David. He was 78. The Hess family has been local merchandisers for three generations. At the age of sixteen, Albert Hess left home with two mules and a wagon to sell housewares to homesteaders throughout southern Kansas and northeast Indian Territory. He became partner in Hess-Balsch Mercantile in Chanute, KS before selling out and moving to Bartlesville in 1926 to establish the Hess Mercantile Company, and later the Hess Distributing Company, wholesale beer sales. Albert’s son, Joe Hess worked in his father’s wholesale business and then advanced through the ranks of Hale-Halsell Grocery in Tulsa. In 1948, Joe returned to the Hess Mercantile Company with his father before opening the 5th & Shawnee Liquor Store, January 1965. When Joe’s health failed, his son, James “Jim” Hess purchased the liquor store in 1977. Jim married Linda Yerion in 1969. While Jim owned and managed the 5th & Shawnee Liquor Store, Linda matched his efforts as the “beloved owner, manager and mother-figure at Party-Quik” next door. She retired in 2015 and passed away July 30, 2021. Jim celebrated 44 years of business this year and has acquired the honorable title of “Bartlesville Icon” not for his years of business, but for his ornery spirit, unwavering generosity and endearing friendships. He had a pretty spunky childhood and says he “stayed just this side of trouble.” He attended Garfield Elementary School where he made numerous life-long friends and in shop class at Central, Jim’s mischievousness brought him a few sideline discussions with Mr. Ward, who administered corporal punishment. Mr. Ward had the punished students autograph the wooden paddle and evidence is on exhibit at the Bartlesville Area History Museum. At one time, Bartlesville supported two high schools, College High Wildcats on the west side of town and Sooner High Spartans on the east side. The team spirit became pretty intense when the two teams met at Custer Field for hometown rivalry football games. Jim graduated from College High in 1961 and in the fall of 1982, Sooner and College High Schools were consolidated to become the Bartlesville Bruins, but the team spirit survived for graduates of Sooner and College High. Jim is a College High Wildcat to his core and the Board of Education’s move made Jim “madder than hops.” As the years advanced, the College High Wildcats have continued to gather in celebration of friendships and memories…and their “team” spirit has not waned. In 1985, during his morning shower, Jim received a “God Whisper” idea and by the time he finished the shower, he had a solid plan. He wanted to help kids who had not a wing or prayer of attending college, who just needed a little help. He described the plan as “Truly the greatest idea I’ve ever had. I’ve had a lot of great ideas that benefitted me but this idea benefits everyone and nothing benefits humanity like education.” He called Linda Cowan Beard and her gleeful scream continues to ring in Jim’s left ear. He then called his wonderful Christian friend, Bart Williams, who shared the excitement. Shortly thereafter, Joe Williams developed a brochure, which was mailed to 10 College High Alumni classes explaining the plan and asking for their support by mailing a check each year on their birthday in the amount of the year they graduated (1940-1982). Jim sent $19.61 and others joined. The result was the self-sustaining College High Wildcats Memorial Scholarship Fund, which to date has gifted 141 scholarship awards since its inception in 1987. As long as the student maintains a “B” average, scholarships continue to be funded, some have received multiple awards…224 total awards to date. Mr. College High, our Bartlesville Icon, is gone now but his legacy continues. In his parting words, he wants you to know, “I always had a great time and I treasure my lengthy list of friendships.” In lieu of flowers, Jim would like his friends to consider a tax-deductible contribution to his favorite local organizations: FRIENDS OF THE KIDDIE PARK, PO Box 405, Bartlesville OK 74005 WILDCATS SCHOLARSHIP FUND, P.O. Box 2552, Bartlesville, OK 74005 THE JOURNEY HOME INC., 900 Washington Blvd, Bartlesville, OK 74006 Services are currently pending and will be announced by Stumpff Funeral Home.

James Albert &#8220;Jimmy&#8221; Hess, owner of 5th and Shawnee Discount Liquor and founder of the College High Wildcats Memorial Scholarship Fund, died on Friday, November 5, 2021, in the company of his son, David. He was 78. The Hess family... View Obituary & Service Information

The family of James Albert "Jimmy" Hess created this Life Tributes page to make it easy to share your memories.

Send flowers to the Hess family.