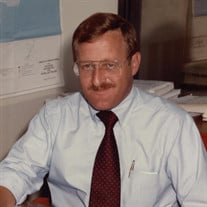 Gary Lee Buttman, age 75, passed from this life on December 13, 2021 surrounded by his family. He was born in the family home near Ramona, Oklahoma, the youngest of ten children. His parents were Chester Emmack Buttman and Mabel Symonds Buttman.... View Obituary & Service Information

The family of Gary Lee Buttman created this Life Tributes page to make it easy to share your memories.

Send flowers to the Buttman family.