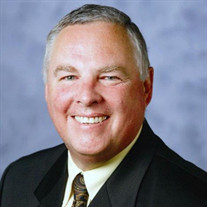 Ed Gordon was born in Bay City, Texas and attended school through the ninth grade in Sweeney, Texas. He moved to Bartlesville with his family as a teenager, and graduated from Bartlesville College High School in 1966. After graduating from high school, he worked for City Service Oil Company until their move to Tulsa. He then worked as an apprentice electrician with Chuck Brown, owner of Brown’s Electric in Bartlesville where he received his journeyman’s electrical license. On July 31st of 1970 he and Janie Lawrence were married at Labadie Hights Baptist church in Bartlesville and was soon inducted into the U.S Army shortly thereafter. He attended OSU in Stillwater, until he transferred to Bartlesville Wesleyan College where he graduated with a Bachelor of Arts Degree in Religious Education in 1975. He attended seminary at Mid-America Baptist Theological Seminary in Memphis, Tenn. Following seminary, he moved to Wyoming to do mission work in a new coal mining community, which became the town of Wright, Wyoming. For the next seven years, he worked as the manager of the Wright Water & Sewer District and as the superintendent of construction with Great Planes Development. He also worked with Virg’s Electric as a journeyman electrician — all while serving as pastor of the Wright Baptist Church. During this time he and Janie welcomed their sons Caleb and David into their lives. He moved back to Bartlesville in 1984, where he joined forces with Chuck Brown again and operated Brown & Gordon Electric until 1986. He was general manager of Freedom Rent-a Car and of Locke Supply, where he worked until he was hired by the City of Bartlesville in 1991. He began his career with the city as a supervisor in the Waste Water Department and was promoted to Public Works Director in 2000. He was appointed City Manager in 2006, retiring after 27 years of service, on August 1, 2018. He has been a pastor since 1975 and has currently pastured Trinity Baptist Church since 1992. He was preceded in death by his wife Janie Gordon and granddaughter Grace Gordon and he is survived by his sister Linda Barnes and Family of Arkansas, two sons Caleb Gordon and David Gordon and their wives Jamie Gordon and Katie Gordon and six grandchildren Hannah, Gabe, Austin, Noah, Carter, and Tucker all of Bartlesville, OK

Ed Gordon was born in Bay City, Texas and attended school through the ninth grade in Sweeney, Texas. He moved to Bartlesville with his family as a teenager, and graduated from Bartlesville College High School in 1966. After graduating from... View Obituary & Service Information

The family of Edgar Earl Gordon created this Life Tributes page to make it easy to share your memories.

Ed Gordon was born in Bay City, Texas and attended school through...

Send flowers to the Gordon family.