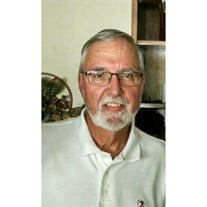 Douglas "Doug" Richard Cooper, 71, of Skiatook, Oklahoma, passed away on July 28, 2017 at his home in Skiatook. He was born on February 11, 1946 in Madison, Wisconsin, to Carl and Francis (Dawson) Cooper.  Doug was a graduate of Shawnee Mission High School, and he received his bachelor's degree from Pittsburg State where he was a member of the Sigma Chi Fraternity. Doug served his country in the National Guard. He married Mary Givens on March 18, 1984 in Tulsa, Oklahoma.  He did reinsurance with Nationwide in Des Moines, Iowa for 26 years, during that time he received his Charter Property Casualty Underwriter designation. He then moved to Enid, Oklahoma where he worked for Triangle Insurance for 10 years, when he and Mary decided to retire and move to Skiatook in 2009. In 2012 they decided to go RV'ing  and enjoy retirement.  They were able to do this for 4 years before coming home.             He was a long time member of the Emmanuel Baptist Church in Enid, OK, and attended Riveted Church in Skiatook. Doug enjoyed making stained glass, golfing, playing with his grandkids, and taking care of his wife.  He will be greatly missed by his family and friends who cherished their time with him.                         Doug is survived by his wife Mary of the home, two daughters: Shannon Warstler and husband John of Kansas City, MO; Kimanda Ballard and husband Jerad of Skiatook; two step sons: Eddie Bevard, David Bevard. 12 grandchildren Anni, Chris, Joey, Eric, Amity, Ravyn, Levi, Gino, Dylan, Xavier, Zander and Matilyn, two aunts and numerous cousins.             He was preceded in death by his parents and in 1999 his brother Phillip Cooper.              A memorial service will be held Saturday, September 9, 2017 at 11:00 a.m. at the Riveted Church in Skiatook, Oklahoma with Pastor Jim Stratton officiating.              For those that wish to make a donation in memory of Doug, the family has set up three memorials; Healing Net Foundation (www.thehealingnet.org) Dr. Eric Liu, The Alzheimers Association, and/or the St. Jude's Children's Hospital.                  The family entrusted Peters-Stumpff Funeral Home with the arrangements.

Douglas "Doug" Richard Cooper, 71, of Skiatook, Oklahoma, passed away on July 28, 2017 at his home in Skiatook. He was born on February 11, 1946 in Madison, Wisconsin, to Carl and Francis (Dawson) Cooper.  Doug was a graduate of Shawnee Mission... View Obituary & Service Information

The family of Douglas "Doug" Richard Cooper created this Life Tributes page to make it easy to share your memories.

Send flowers to the Cooper family.