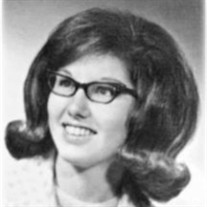 On Tuesday, December 21, 2021, Donna Baker, loving wife and mother, passed away at the age of 71 and stepped into the arms of Jesus. Donna was born on February 2, 1950, in Bartlesville, Oklahoma to Bert and Loretta Griggs. She had two siblings, her older brother Stanley and younger brother Larry. On July 7, 1968, she married Frank Baker. Together, they raised two children, Tracey and Josh. A graduate of Bartlesville High School, she also attended Oklahoma State University for two years, while working in their student loan department. Her other work history included a tag agency, school cafeteria (to be close to her kids) substitute teaching, and a local town’s, store snack bar. Later in life, she found her work passion in serving people, when she and Frank moved to Nebraska. After receiving a successful kidney transplant, Donna began volunteering at her kidney dialysis clinic and was eventually hired on as an employee. Through the years, she progressed into an administrative assistant for three clinics. It is here, she served and prayed for many people. She had a knack for decorating not only her home but all three clinics, making it a better environment for all present. In 2011, Donna was nominated as Nebraska’s Kidney Patient of the Year. Her kidney lasted thirteen years, until the time of her death. She was indeed a living miracle. Donna had a passion for birds and a tender heart for animals. By the time of her passing, she had raised four dogs, three cats, countless fish, and most recently, a beautiful German Shepherd, Max, who shadowed her every step. Donna had a larger-than-life personality and never shied to speak her mind, tell you about Jesus or pray for you. Her spirit was as resilient as one ever knew, and her determination, unrivaled. As a child, Donna grew up in the Nazarene Church in Bartlesville, Oklahoma, and after marriage helped lead a Sunday school with her husband at the First Gospel Mission Church in Dewey, Oklahoma. Later, she was a member of Victory Christian Center in Tulsa, Oklahoma for many years with her husband and son. One of the proudest achievements of her life was raising two children who are following the Lord today. The Lord only knows how many others were impacted to follow Him because of an encounter with her. Donna was preceded in death by her parents, Bert and Loretta Griggs, her brother Larry and her baby daughter, Charity. She is survived by her husband Frank, her children Tracey and Josh, and eldest brother, Stanley Griggs. A viewing will be held on Monday, January 3, 2022, from 10am to 5pm. The funeral service will be Tuesday, January 4, 2022 at 1pm. Location for both will be at Stumpff Funeral Home 1600 SE BLVD. Bartlesville, Oklahoma. Flowers may be sent to Stumpff Funeral Home 1600 SE BLVD. Bartlesville, Oklahoma.

On Tuesday, December 21, 2021, Donna Baker, loving wife and mother, passed away at the age of 71 and stepped into the arms of Jesus. Donna was born on February 2, 1950, in Bartlesville, Oklahoma to Bert and Loretta Griggs. She had two siblings,... View Obituary & Service Information

The family of Donna Maxine Baker created this Life Tributes page to make it easy to share your memories.

Send flowers to the Baker family.