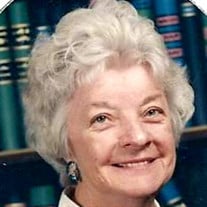 Diane Elizabeth Dixon passed away Friday, April 2, 2021, at age 82 from complications of cancer at her home in Bartlesville, OK. Diane was born January 13, 1939, in Florida to Elizabeth and Arnold Gaines, soon after which the family moved to Baton Rouge, LA. She graduated from St Joseph’s Academy High School in 1957 and received a BS in Education from Louisiana State University in 1961. Diane began her long career as an elementary school teacher. She was married to Thomas Dixon on March 4, 1967, in Baton Rouge, LA and the couple was living in Austin Tx when they had their two children. Diane earned her Master’s Degree in Education from the University of North Texas just before moving to Bartlesville, OK where her husband Tom began working for Phillips Petroleum, and Diane continued her career in elementary education with the Bartlesville Public School system. She would go on to implement the very successful Gifted and Talented program working with kindergarten through third graders on an accelerated curriculum focused on creative thinking, art, science, and problem-solving skills. Diane started the Northeastern Oklahoma Science Camp, a weeklong sleepover camp full of daily science experiments, discovery, and fun. Diane was a skilled and animated storyteller and would visit schools dressed in costume to enchant children with cultural mythology dressed as Johnny Appleseed, a Witch for Halloween, and an entire generation of Bartlesville children would grow up knowing her as simply The Leprechaun, who came to their classes in March to tell them stories of ancient Ireland and her secret pot of gold. Diane retired from teaching in the early 1990s at which time she continued being very active with Mary Martha’s Outreach, Catholic Charities, The Women’s Network, and other organizations working for better community available resources for all Bartlesville residents. In 2018 she was honored by being inducted into the Bartlesville Teacher’s Hall of Fame. She joined the Salty Seniors Theater group in 2017 and played roles in several live plays at the Heritage Theater in Dewey, OK where she brought down the house with precision comedic timing. Diane was truly a force of nature, highly motivated, always ready to work with others toward a goal, generous with her time and energy. She grew sunflowers three times her size, fed armies of teenagers with her famous spaghetti and meatballs, and loved sharing her life with people. She is preceded in death by her parents, Elizabeth and Arnold Gaines, her sister Sibyl Echiverri, her brother Billy Gaines, and her husband, Thomas Dixon. She is survived by her children, Scott Dixon and Amy Hardy, her daughter-in-law Beth Dixon, her grandchildren Helen Dixon, Anna Dixon, Sebastian Hardy, Ayden Hardy, Brendan Hardy, Alexander Dixon, Lily Dixon, and Ellie Dixon, and numerous nieces and nephews in Texas and in Ohio. A funeral mass will be held for Diane on Thursday, April 8, 2021, at St. John’s Catholic Church in Bartlesville, OK at 4:00 pm. A reception is planned following the funeral mass at Hopestone Cancer Support Center located at 120 SW Frank Phillips Blvd. In lieu of flowers, donations can be made to Hopestone Cancer Support Center of Bartlesville: www.hopestonecancer.org Cremation arrangements are under the direction of Stumpff Funeral Home and Crematory. Friends who wish may sign the online guest book and leave condolences at www.stumpff.org.

Diane Elizabeth Dixon passed away Friday, April 2, 2021, at age 82 from complications of cancer at her home in Bartlesville, OK. Diane was born January 13, 1939, in Florida to Elizabeth and Arnold Gaines, soon after which the family moved to... View Obituary & Service Information

The family of Diane Elizabeth Dixon created this Life Tributes page to make it easy to share your memories.

Send flowers to the Dixon family.