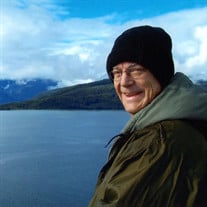 David Kyle Harder was called home by his Heavenly Father on January 27, 2022, at the age of 67, in Bartlesville, Oklahoma. David was born April 1, 1954 in Dallas, Texas, to his parents, John Lee Harder and Jackie Jane Lenhart Harder and later moved with his family to Colorado City, Texas, for most of his childhood. He loved growing up in west Texas and shared many of his fond memories. His family moved back to the De Soto, Texas area where he graduated high school. After attending a few years of college, he met a young woman, Carolyn, and they married and had two children Michelle and Michael. Their lives suddenly changed after several years of marriage when Carolyn had a health event that ended her life at the age of 33 years old. One year later, Michelle, then 15 years old, passed on to be with the Lord as well. David, along with his supportive mother, family, and church, raised Michael. David always credited his Lord Jesus Christ as helping him at every turn. David sacrificially served in numerous leadership roles in churches throughout the years. He served multiple years as an elder in the Shiloh Cumberland Presbyterian Church in Ovilla, Texas. He led youth trip outings alongside other parents and poured into the children by helping create some amazing church activities where they could learn about the wonderful life of Jesus. His largest role serving came in leading a multi-church involved mission outreach for several years along the Texas/Mexico border in South Texas. He would consistently teach the importance of putting people first while serving them, not the house you are helping to build, nor the clinic outreach. People are who God absolutely loves. Bring others to know Jesus as you go. In 2001, on a mission trip that David led, he met Susan and they married 1 year later. Until 2016, their home was in Midlothian, Texas. After retiring, David and Susan moved to Buena Vista, Colorado, and then, most recently, to Bartlesville, Oklahoma. David was a born leader. He supervised large electrical housing jobs in his early 20’s. Those who worked under him said his sense of humor, organization, and putting safety first gained their respect and they often sought his advice on many different topics. David had a gifting of working on almost any mechanical machine, oil and water wells, automobiles, etc. He credited his grandfather’s teaching him that there are principles to fixing almost any machine… That if you learned the principles, you could use them in any application and be successful. As a result, David helped solve many perplexing mechanical problems. He was an avid learner of science and mechanics. David was the owner of Harder Electric. INC. in Ellis County, Texas, for over 30 years. People were first in every relationship David had, not the business at hand. Some of David’s hobbies included putting together electrical bicycles for enjoyment, canoeing, fishing, traveling, going to museums that show how people in the past lived and the inventions that came from them, gold panning, jeeping the back roads of Colorado, bee keeping, rock hounding, wood working, growing food, raising chickens, and visiting state and national parks for their animal life and beauty. In his younger days, he would make his own fireworks studying the chemicals that would produce certain colors. David liked meeting people everywhere he visited. His last big project was remodeling a Colorado mountain cabin located at 9000 ft. The majority of materials came from scavenging quality goods in Re-stores and on Craigslist. David is preceded in death by his father John Lee Harder, his daughter Michelle Diane Harder, and his brother Bruce Lee Harder. He is survived by his wife Susan Harder, his son Michael Harder and his wife Robin, his mother Jackie Jane Harder, and two sisters: Jeri Jane Krietmeyer and her husband Gordon, and Joni Lynn Lakey and her husband Johnny, 6 grandchildren and many nieces and nephews. It is the intention of the family to have a memorial service in the Midlothian, Texas area within the next few months. In lieu of flowers, it would be David’s request to encourage all remaining on earth to get right with God and to show love and kindness to the ones they love, for this life is very brief. “All flesh is grass, and all its loveliness is like the flower of the field. The grass withers, the flower fades, when the breath of the LORD blows upon it; the people are indeed grass! The grass withers, the flower fades, but the word of our God stands forever.” (Isaiah 40: 6–8)

David Kyle Harder was called home by his Heavenly Father on January 27, 2022, at the age of 67, in Bartlesville, Oklahoma. David was born April 1, 1954 in Dallas, Texas, to his parents, John Lee Harder and Jackie Jane Lenhart Harder and... View Obituary & Service Information

The family of David Kyle Harder created this Life Tributes page to make it easy to share your memories.

David Kyle Harder was called home by his Heavenly Father on January...

Send flowers to the Harder family.