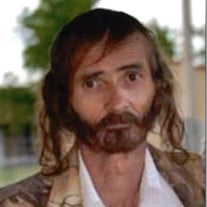 Mr. Curtis Eugene Pierce, 68, of Copan, Oklahoma, passed away the morning of Tuesday, February 15, 2022, in his home. Curtis was born January 7, 1954, to Bettie Vern Pierce in Bartlesville, Oklahoma. Curtis spent most of his childhood with his maternal grandparents Anthony and Elma Mae Pierce while attending most of his schooling in Bartlesville and Ochelata, Oklahoma. Curtis started his long-time career of dry wall when he was 15 years old. Curtis was married to Leona Eden and had their son Curtis Eugene Pierce Jr. in 1972. Curtis met Kathryn Annette Thompson in 1981, got married in 1982, and had their daughter Laura Dawn Pierce in 1985. Curtis and Kathryn moved to their home in Copan in 1987. Curtis loved to hunt, fish, spend summers camping, and working in his garden. He retired from Pierce Dry Wall in 2014. Curtis spent the last years of his retirement making loving memories with his children and close friends and family. Curtis is survived by his wife Kathryn Pierce of Copan, Oklahoma; son Curtis Eugene and wife Kristie Pierce of Nowata, Oklahoma; daughter Laura Dawn and husband Tyler Alston of Copan, Oklahoma; brothers Jerry Moody of Dewey, OK, and Ronald Moody of Bartlesville, OK, step-brother Bruce Meek; four grandchildren: Kaitlyn Pierce and Kelsey Pierce, both of Nowata, OK, and Xavier Alston and Trinity Alston, both of Copan, OK; nieces, nephews, friends, and loved ones. He was preceded in death by his mother Bettie Vern Meek and Stepfather Raymond Meek, and his maternal grandparents.

Mr. Curtis Eugene Pierce, 68, of Copan, Oklahoma, passed away the morning of Tuesday, February 15, 2022, in his home. Curtis was born January 7, 1954, to Bettie Vern Pierce in Bartlesville, Oklahoma. Curtis spent most of his childhood with... View Obituary & Service Information

The family of Curtis Pierce created this Life Tributes page to make it easy to share your memories.

Send flowers to the Pierce family.