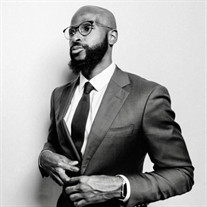 Courtlyn Bryce Shoate was born to Cherita Shoate-Adair and Jerry Steeples in Bartlesville, OK on February 3, 1989. He grew up in Bartlesville and was involved in orchestra, choir, and student government prior to his graduation from Bartlesville High School in 2007.    He attended the University of Oklahoma and received a bachelor’s degree in Public Affairs and Administration, as well as a master’s degree in Adult and Higher Education. While at OU, he was a member of the Lambda Chi Alpha fraternity serving as an officer for several years. He was a member of the OU scholarship group President’s Community Scholars, and he served on multiple programming boards for events at OU, including serving as Chair of OU’s Homecoming executive board.    He was passionate about the University of Oklahoma and upon graduation accepted a role as a Graduate Assistant for Student Life Orientation and Transfer Programs. He then served for over 4 years as the Director of Student Programs for the OU Alumni Association, traveling nationwide fundraising and connecting with OU alumni.    After his time with OU, Courtlyn sought a career shift. He accepted a role with Lockheed Martin as a Program Manager and then as a Project Engineer. He had Top Secret security clearance, worked on projects for the F-35 jet, and helped engineering teams set up hyper-secure IT infrastructure.    At the time of his death, he was working on a second master’s degree in Engineering at the University of Colorado, Boulder.    Throughout his life, Courtlyn was a leader amongst friends, colleagues, and the organizations he was involved in. He spoke kindly about his friends and family to each other. He was known as a loyal and wonderful friend. He spent his time traveling, running, cheering for OU sports, and spending time with his dog, Bauer.    He will be remembered for his brilliant smile, booming laugh, and dedication to his family and friendships.    Courtlyn is survived by his grandmother Alice Shoate, mother Cherita Shoate-Adair, sister Briana Shoate, niece Amariana Ishem, and nephews Steven and Lee-Bryce Ishem.

Courtlyn Bryce Shoate was born to Cherita Shoate-Adair and Jerry Steeples in Bartlesville, OK on February 3, 1989. He grew up in Bartlesville and was involved in orchestra, choir, and student government prior to his graduation from Bartlesville... View Obituary & Service Information

The family of Courtlyn Bryce Shoate created this Life Tributes page to make it easy to share your memories.

Courtlyn Bryce Shoate was born to Cherita Shoate-Adair and Jerry...

Send flowers to the Shoate family.