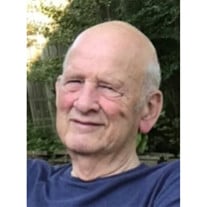 Billy Jack Swant, 85, passed away on July 9, 2021 at his home surrounded by his loving family. Bill was born on September 13, 1935 in Skiatook, Oklahoma. He graduated from Skiatook High School in 1953, where he lettered in basketball and football. After high school, Bill joined the armed forces and decided to attend college after several years of active duty. Bill graduated from Oklahoma State University with a Bachelor of Science degree in 1962. He then went back to active duty as an officer with the US Army and achieved the rank of Captain. He was stationed all over the United States and abroad, including Germany and Newfoundland. While he enjoyed the opportunities afforded to him by military life, Bill always had a soft spot for his hometown and returned to Skiatook in 1969, where he lived for the rest of his life. He continued to serve his country in the Army Reserves and went on to have a successful sales career in the oil and gas industry until his retirement. While attending OSU, Bill met and married the love of his life, Patricia Gaile Waldroupe, on January 6, 1958. They had two children together and were married for 58 years. Bill was a devoted husband, a loving father, and always put his family first. Bill will also be remembered fondly as a good friend. He remained in close contact with his friends throughout his life, many of whom he had known since kindergarten. Even into his eighties, Bill would spend almost every morning at the donut shop visiting and catching up with his friends. Bill enjoyed fishing and was an avid sports fan. He loved watching football, especially the OU Sooners and the Dallas Cowboys. Bill shared his passion for sports with his children and if he wasn't on the sideline coaching their teams, you could always find him in the stands cheering. Bill is preceded in death by his loving wife, Pat Swant and his brother, Donny Ray Swant. Bill is survived by his daughter, Susan Roberts and husband Rod; his son, Steven Swant and wife Pam; his grandchildren, Jennifer Donley, Landon Swant and wife Bree, Sarah Stroud and husband Cody, Katherine Shepherd and husband Weston, Rachel Pettinato and husband Joe, Evan Swant, and Jackson Swant; and his great-grandchildren, Maverick Swant, Liv Swant, Sam Stroud, and Grace Stroud. The funeral service will be at 10:30 a.m. on Thursday, July 15, 2021 at Peters-Stumpff Chapel, 14206 North Cincinnati Avenue, Skiatook, Oklahoma 74070. In lieu of flowers donations can be made to First United Methodist Church in Skiatook.

Billy Jack Swant, 85, passed away on July 9, 2021 at his home surrounded by his loving family. Bill was born on September 13, 1935 in Skiatook, Oklahoma. He graduated from Skiatook High School in 1953, where he lettered in basketball and... View Obituary & Service Information

The family of Billy Jack Swant created this Life Tributes page to make it easy to share your memories.

Send flowers to the Swant family.