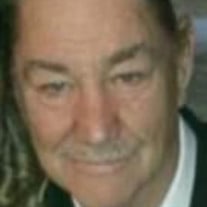 Billy Ray Anders, age 70, of Nowata, Oklahoma, Passed from this life on December 25, 2020 in Bartlesville, Oklahoma. He was born September 18, 1950 in Ft. Worth, Texas to Herman Eugene Anders and Doris Faye Hart Anders. He was a graduate of... View Obituary & Service Information

The family of Billy Ray Anders created this Life Tributes page to make it easy to share your memories.

Billy Ray Anders, age 70, of Nowata, Oklahoma, Passed from this...

Send flowers to the Anders family.