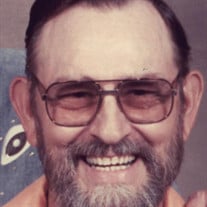 Alexander J. (AJ) Barringer passed away peacefully the morning of December 8, 2020 at the age of 93. He was born on June 6, 1927 in Pine Bluff, Arkansas to Lena and Ethan Alexander (EA) Barringer who worked as a carpenter. He graduated from Whitehall High School in Pine Bluff, Arkansas and entered the Army Corp of Engineers. After doing a tour in Germany in 1951 – 52, AJ began his professional career as a carpenter at the REDA Pump Company in Bartlesville, Oklahoma. He soon moved the Shipping and Receiving department and rose to become a Department Manager before leaving the company in 1986 after 33 years of service and established his own carpentry business from his residence. AJ met the love of his life on a blind date in Pine Bluff, Arkansas in spring 1949. Shortly after meeting he proposed to Emma Harris of Heavener Oklahoma and they were married on Christmas Day in 1949. They were happily married for 64 years until she preceded him in death in December of 2013. AJ was a dedicated husband, father, grandfather, great grandfather and was devoted to his family. He enjoyed coin collecting, hunting & fishing, bird watching, square dancing, gardening, and doing fine carpentry and woodwork. AJ was preceded in death by his mother and father, Lena and Ethan (EA) Barringer of Pine Bluff, Arkansas, his siblings Audis Waymon Barringer of New Edinburgh, Arkansas; Hilliard Barringer of Monroe, Louisiana; Farrell D. Barringer of Pine Bluff, Arkansas; and Maurine Eunice Rankin of Pine Bluff, Arkansas. AJ is survived by his younger brother Robert (Bobby) Barringer of Pine Bluff Arkansas, his three children, Alexander J. (Jack) Barringer Jr. of Rogers, Arkansas; Richard (Rick) Barringer of Friendswood, Texas; and Deborah (Debbie) Hill, of Wann, Oklahoma. He leaves behind seven grandchildren-- Robert Barringer, Beth Milligan, Sondra Barringer, Amanda Barringer, Joshua Hill, Shane Hubbard, Ronnie Hubbard and five great grandchildren Triston, Keldon, Wyatt, Jerzie, and Jakobe, all of whom will greatly miss their Papaw.

Alexander J. (AJ) Barringer passed away peacefully the morning of December 8, 2020 at the age of 93. He was born on June 6, 1927 in Pine Bluff, Arkansas to Lena and Ethan Alexander (EA) Barringer who worked as a carpenter. He graduated from... View Obituary & Service Information

The family of Alexander Jackson Barringer Sr. created this Life Tributes page to make it easy to share your memories.

Send flowers to the Barringer family.